Mice in the Garage: How to Get Rid of Them 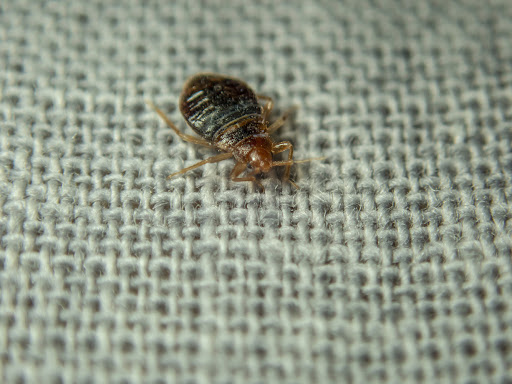 Several species of the Mus genus of the Rodentia order of mammals are regularly found infesting a home or garage in Athens, GA. These small, seemingly harmless critters are frequent visitors to human houses because they provide them with the dark, concealing locations and food sources they require to survive. Garages are particularly vulnerable to infestations since mice frequently ignore them, and food sources such as grass seeds, bird food, and pet food are generally abundant.

You might think that because the house mouse is the same species that are sometimes bred as a small caged pet, it has no problem roaming around in a garage. Still, these small gnawing rodents can cause a surprising amount of damage by chewing through walls, eating seeds and other foods, and leaving excrement droppings that can spread disease.

Mice chewing on electrical wires and causing fires have resulted in the destruction of entire homes in some circumstances. As a result, it's time to act if you hear chewing or squeaking noises or notice small feces droppings.

Ways to Getting Rid of Them

Mice are inoffensive-looking critters that look like the little white mice with pink eyes that are frequent cage pets, so it can be challenging to feel hostile against them. These are, in fact, two different species. However, wild mice are vermin pests. In regions where predatory animals (foxes, coyotes, hawks, owls, or prowling housecats) do not exist to hunt them down, mouse numbers can quickly outgrow control, infesting a whole house.

Traditional spring traps work by releasing a triggering bait tab, which loosens a spring-metal bar, which snaps down on the offending mouse when it exerts pressure while feasting. Although nearly any food component can suffice, cheese is the most well-known mouse bait. Likewise, peanut butter is an excellent bait ingredient. Place the baited trap in a known mouse-infested area, such as where you observe signs of nesting or dung droppings.

The traps should ideally snap on the rodent's necks or bodies, and death by asphyxia is usually painless and rapid. Some people believe that the creatures are crushed. However, this is not the case. However, there are times when the mouse is hooked by the leg or even the tail, in which case you will need to dispose of the still-living mouse differently delicately.

Check the traps regularly. A deceased mouse's existence will be quickly announced by the stink of decomposition, at which point it will be far less pleasant to cope with.

Glue traps capture any mouse that wanders onto the sticky pad in quest of food using an extremely sticky wax-like substance. These are sometimes more merciful than spring traps, yet a mouse can be imprisoned for hours and may even try to escape by chewing its paws. And even if you do manage to catch a mouse, you'll have to kill it. Extricating a live mouse from a sticky trap is practically impossible.

Sticky traps appeal to those hesitant to use spring traps, although they are no more successful and are less humane in many aspects.

If the idea of killing a mouse offends you, there are several live traps you can use to catch them. Most designs include luring the mouse in with food, then triggering a door or hatch that captures the living mouse.

However, you'll have to figure out what to do with the live mouse. You've been released in a residential area, and all you've done is shifted your problem to someone else. You're merely making the mouse a burden for a farmer if you release it in the countryside. If you must live-trap, the ideal approach is to release the rat in the woods or another wildlife habitat, but keep in mind that the rodent will most likely become a food source for an owl, fox, or hawk. This is more humane than putting the rodent to death in a regular live trap.

Although removing mice from a garage is usually straightforward, a severe infestation may be beyond your ability to handle it.

At Pete's Pest Patrol, we have a team of highly trained and experienced technicians who will work diligently to identify all potential entry points and seal them shut. We also offer an eco-friendly solution that uses plant extracts to repel mice (and other pests) from your garage without harming them. Call us now!